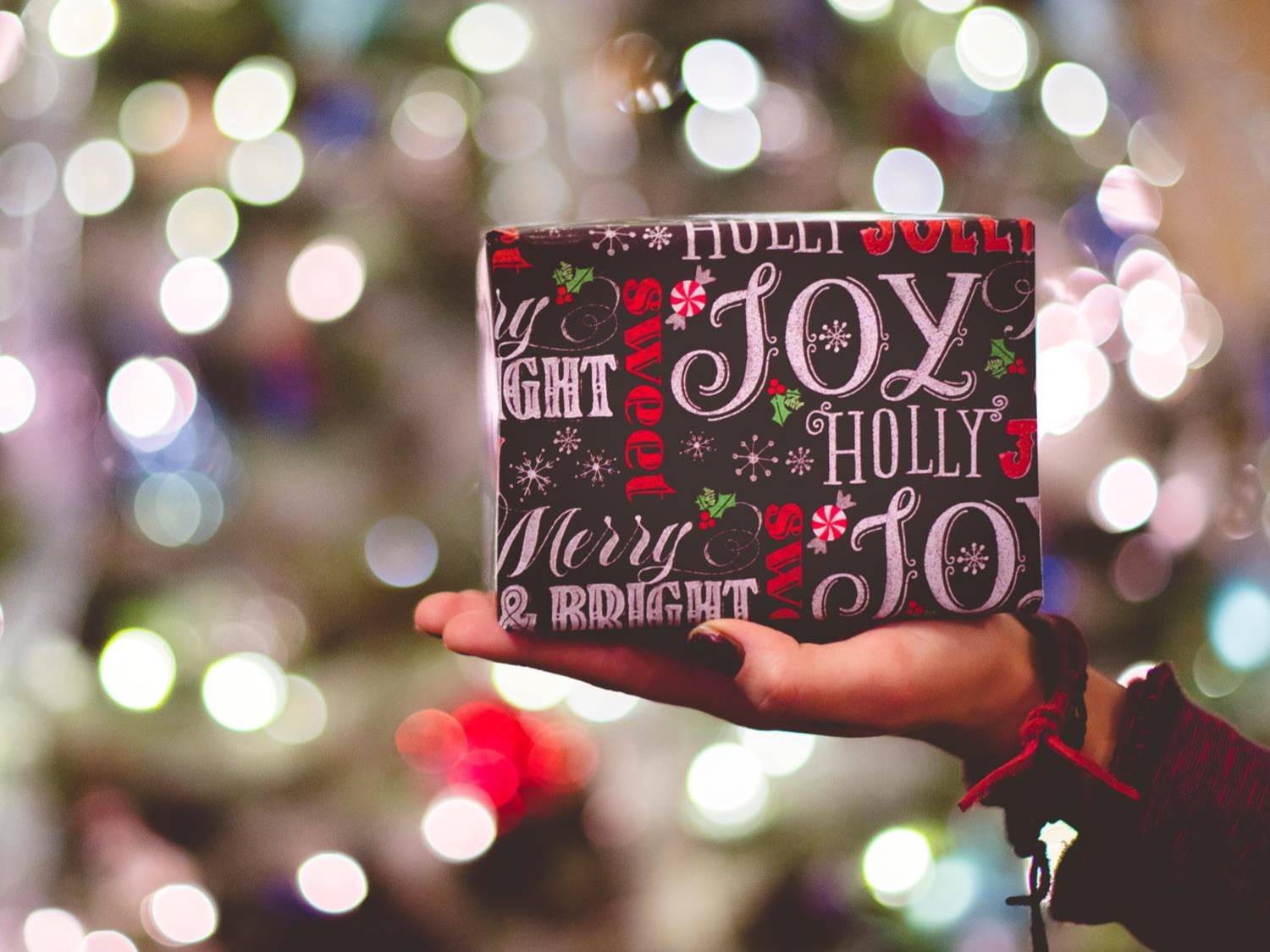 Thanks for joining our Christmas Celebration.

So, what do you like about Christmas? Chicken dinner? Parties? Cake? Presents?

Ah, presents! OK, what is the best present you’ve ever received? Either for Christmas or Birthday? In your home, who gets presents on Christmas? Probably children right? In Japan and around the world, there is also a custom of gift-giving to others during Christmas-time.

When I was a kid, our custom was for all the family members give presents to each other on Christmas day. Of course, I loved getting toys and candy as Christmas gifts. But my aunts and uncles would always give very practical presents instead; like pajamas or a hairbrush. Actually, I had this one aunt who would only give me socks; every year, just socks. They weren’t cool socks. Not Christmas socks. Not even dinosaur socks. Just plain white socks. Very boring. I’m embarrassed to say that I was never very joyful when opening her presents. Do you ever get presents like that?

Anyway, let’s get this Christmas Celebration started with a song…

Song: Joy to the World

Have you ever wondered… why do people around the world celebrate Christmas? So, what did Christmas originally represent? It is to celebrate the birth of Jesus long, long time ago. Honestly, we don’t know exactly what day Jesus was born. So, long ago people picked December 25th to celebrate it. But the story surrounding Jesus’ birth is remarkable. Let’s watch this reading of a book drawn by Koga Youko-san about that first Christmas…

Some of you remember this story? Yes, it’s a very famous. Because it talks about this remarkable person, Jesus. Who is Jesus’ Father? Mary & Joseph were married. But the story tells that God, the Creator of Everything, is Jesus’ Father. That means, Jesus is the Son of God. But he also had a human mother, Mary, so that he could be born just like us. Mary was a normal young lady and maybe from a poor family. So, Jesus sometimes also called himself, the Son of Man. Being the Son of God and the Son of Man is pretty remarkable.

Hey, did people celebrate when you were born? I’m sure there was. You’re parents and family must have been so happy to see you. They probably called family and friends, posted photos on Facebook, etc. I can see the parents nod their heads; it’s true!

God did the the same kind of thing but in a unique way. He sent his special messengers, angels, to tell the good news. Who heard this special invitation to visit the baby Jesus? A group of shepherds out in a field taking care of their sheep. What were the angels rejoicing and telling the shepherds? Jesus is promised Savior and King.

Talking about Jesus’ birth… Who here was born in a hospital? That’s most of us right? A few might have an incredible story of being born somewhere else. Like at home or even somewhere on the way to the hospital.

Jesus’ birth crib was even more unique; a manger. What’s a manger? I don’t see them in Kyotanabe these days. It’s an open contained made of stone or wood that is used to hold hay for animals like sheep and donkeys…not a very nice place for a baby though.

When the shepherds arrived, they must have been surprised what they saw. Jesus was proclaimed to them as the Kings of all kings by the Angels. But here was a baby. He was wrapped in swaddling clothes; not in a royal robe. He was laying in a manger, not a kingly bed. This was in a small country village and not a powerful lofty palace. So, the shepherds left rejoicing God and wondering what this all meant.

What were the first Christmas presents?

Do you get presents when you were born? What about on your birthday? Of course, right? Jesus did too … Wise men from afar, who were possibly kings in their own countries. It took them a long time to travel to and find baby Jesus. So, they probably missed the first Christmas. But when they found Him, they gave him three gifts that in the ancient world were fit for a king or even a God. This cherished gifts were given to represent the fact that God had given the world an even more precious gift by Jesus coming to live among us. So, maybe the reason for a global custom of gift-giving on Christmas is to remind us of Jesus, God’s gift to the world.

Since we’re talking about Christmas gifts again, I can’t help but think of my aunt. It’s real a shame that I didn’t appreciate her gifts as a kid. But you know what, I probably wore those socks everyday. Ironically, as an adult, if my family asks what they can give me as a gift… Honestly, I ask for socks… Yeap. Sure, they might not seem fun but they keep my feet dry and warm. And that’s pretty important these days. Funny how what we feel we want the most, isn’t often what we actually need the most.

It seems to me that God’s gift to us can sometimes looks like those gift of socks. Jesus is God’s gift to the world, but He wasn’t what many people wanted Him to be at the time. Back then, people of Israel were waiting for the anointed king and savior that God had promised them centuries before. And many expecting this promised king to save them by lead an charging army that would throw out the Roman conquerors that had been oppressing them.

The nature of Jesus’ birth fulfilled the prophecies that Jesus was this anointed one God had promised. But it turned out, Jesus just wasn’t what most people were expecting. Actually, Jesus is much more than they could have ever expected.

To wrap up… Jesus was born as a baby; just like us. But His birth and life proved that He is the Son of God, the Savior and King of all, and the most precious gift God has to give to us. When Jesus grew up, he would live an amazing life. He would perform many miracles like healings; even raising the dead. He would be a powerful teacher and tell everyone about the Kingdom of Heaven.

And most important thing He did was something that surprised everyone around Him. He choose to take on the burden of the whole world and die for us all. And in doing this He would conquer not only sin but death itself. Jesus did all this so that we can be forgiven of our sins and join the Kingdom of Heaven.

This is best expressed in John 3:16~17 (NASB)
“For God so loved the world, that He gave His only begotten Son, that whoever believes in Him shall not perish, but have eternal life. For God did not send the Son into the world to judge the world, but that the world might be saved through Him.”